This weekly study guide seeks to help us prepare for the upcoming Sunday service and teaching. 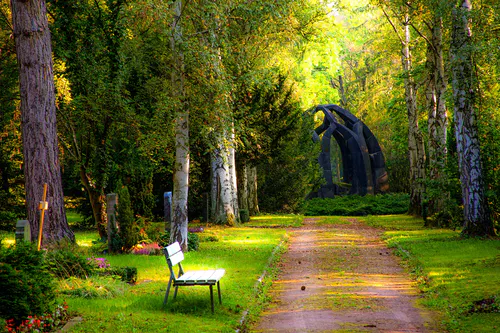 Please Note –
This Sunday, we will not worship in person. However, we will live-stream worship on our Facebook page (Westminster Pres-Tiburon) on Sunday at 10:00am. We will have a video of worship available on our YouTube channel (https://www.youtube.com/channel/UCI7AuMKsXWJTserXPjBjPDw) by Monday.

Community Prayer
Gracious One, in Christ we have already been raised to new life. In Christ we have already transgressed the laws of death and entered into a realm of eternity and life. Forgive us for when we are dragged into the pit of hatred, bigotry, and prejudice. Forgive us for feasting upon greed, envy, and wastefulness. Let us set our sights on higher things, that we might be freed to be about better things. Roll away the stones of our own tombs that we might be raised to new life here and now. Amen.

Sermon Focus & Title       Hide and Seek       Robert McClellan
We remember that the resurrection took a while to catch up to the disciples. Christ had to come find them. We too live in a world where the resurrection has taken place, but it has yet to catch up with us. We recall every Easter that in Christ death is defeated, but do we remember that with Christ we died too? This is not bad news. Indeed, this may be the best new of all. What dies in Christ is not our true self. It is our false self, our limited self. Because of that our eternal self, our true self, is born, and not just born in the afterlife, but is the eternal born into the here and now. We have the chance for our eternal self to be born out of Easter.

Scripture(s)
First Reading
Gospel John 20:1-18
1Early on the first day of the week, while it was still dark, Mary Magdalene came to the tomb and saw that the stone had been removed from the tomb. 2So she ran and went to Simon Peter and the other disciple, the one whom Jesus loved, and said to them, “They have taken the Lord out of the tomb, and we do not know where they have laid him.” 3Then Peter and the other disciple set out and went toward the tomb. 4The two were running together, but the other disciple outran Peter and reached the tomb first. 5He bent down to look in and saw the linen wrappings lying there, but he did not go in. 6Then Simon Peter came, following him, and went into the tomb. He saw the linen wrappings lying there, 7and the cloth that had been on Jesus’ head, not lying with the linen wrappings but rolled up in a place by itself. 8Then the other disciple, who reached the tomb first, also went in, and he saw and believed; 9for as yet they did not understand the scripture, that he must rise from the dead. 10Then the disciples returned to their homes.
11But Mary stood weeping outside the tomb. As she wept, she bent over to look into the tomb; 12and she saw two angels in white, sitting where the body of Jesus had been lying, one at the head and the other at the feet. 13They said to her, “Woman, why are you weeping?” She said to them, “They have taken away my Lord, and I do not know where they have laid him.” 14When she had said this, she turned round and saw Jesus standing there, but she did not know that it was Jesus. 15Jesus said to her, “Woman, why are you weeping? For whom are you looking?” Supposing him to be the gardener, she said to him, “Sir, if you have carried him away, tell me where you have laid him, and I will take him away.” 16Jesus said to her, “Mary!” She turned and said to him in Hebrew, “Rabbouni!” (which means Teacher). 17Jesus said to her, “Do not hold on to me, because I have not yet ascended to the Father. But go to my brothers and say to them, ‘I am ascending to my Father and your Father, to my God and your God.‘” 18Mary Magdalene went and announced to the disciples, “I have seen the Lord”; and she told them that he had said these things to her.

“Christ meets with his disciples in their social isolation--a locked room. Such was Christ's first public Resurrection appearance, according to John's Gospel. Christ will surely find us this Easter, wherever we have isolated ourselves. He's done it before.”
-William P. Brown