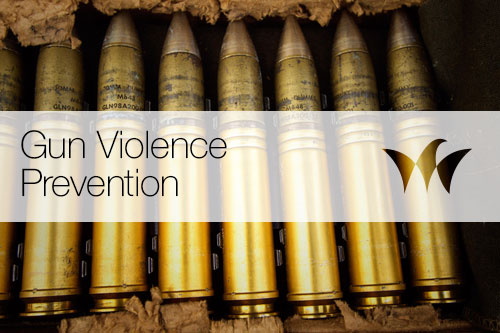 With the number of mass shootings, accidental shootings and all around gun violence occuring every day in America, it’s easy to feel powerless in the face of what seems unchangeable and tragedy that seem inevitable.

Nelson Mandela famously said, “There can be no keener revelation of a society’s soul than the way in which it treats its children.” We have not treated them well when they tell us that when they go to school they expect to be shot. My son just started kindergarten, and I wonder how soon he will experience his first “active shooter drill.”

What’s stunning about so much of this violence, is that it emanates from guns unsecured in the home. According to the Wall Street Journal, 80% of the guns used in school shootings come from the home. These incidents, when an unsecured gun is taken from the home have begun to be referred to as “family fire,” borrowing from the military concept of “friendly fire.” Friendly fire is when you unitentionally kill or wound one of your own.

They call it doing the enemy’s work for them. As one person put it, when there’s a friendly fire incident in the military, processes are analyzed and they do everything they can to ensure it never happens again. With family fire, we curiously seem to change nothing, maybe in a spiritual sense doing the “enemy’s” work for him.

If we think it won’t happen here, I fear we’re simply living in denial. I was chatting with an ER physician the other day who was working during the Columbine shooting. A year after the shooting, someone came up to him and said it was nice he was sharing his story, but “it would never happen again.”

It has happened again, and again, and again. Look at the demographics of the schools where these shootings have occurred and then look at Marin. Many of these communities look a lot like ours.

Jeff Shankle, the youth director here at Westminster Presbyterian in Tiburon where both of us serve, has said to me, “If it’s going to happen around here, it’s probably going to happen here.” The good news is, we can stop it, or we can drastically reduce the odds.

We can end family fire, drastically reducing the availability of weapons to those who should not have them for purposes that have no place.

You see Jesus has an important teaching for us, that we need to be shrewd, creative, like a fox. While the legislative battles remain deadlocked, we can work around the obstacles, being creative and finding common ground. We’re told that there is no common ground, but there is actually a significant amount of agreement on this on a number of fronts.

What if we changed the conversation?

I know we are a divided people. During the last presidential election some people wanted to “Lock her up!” and now some want to “Lock him up!” I think we can find common ground on gun safety, securing weapons in the home, pledging together to “Lock them up!” That’s a chant on which we can agree, and it will save lives and help end family fire. For more resources about safe gun storage head to: www.EndFamilyFire.org.